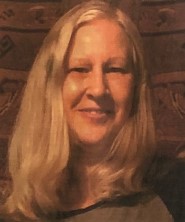 Nina was born in NJ but was raised in London England until age 15. She returned to NJ and attended Rutgers University for a degree in Art. She moved to Alberta Canada in 1885 and then to Texas in 1997.

Nina has concentrated on printmaking and pen and ink illustration since 1982 and she has shown her artwork in numerous galleries across the US and Canada.

After being settled in Richmond Texas for the past 18 years, Nina published 9 coloring books and a children’s chook called “The Runaway Hen.” Her books and illustrations are available on Etsy, Amazon, and Shopify as well as in the three galleries in Galveston Texas. She is a member of the NSA as well as Fort Bend Art Center in Rosenberg Texas.

Nina is recently retired from the school district and enjoys a quiet life with her husband. Her hobbies include raising chickens and small birds – and of course drawing!