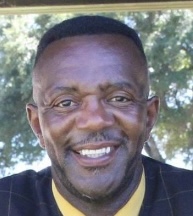 Henry A. Nash is the Founder and Author of the book “Integrity Does Matter™.” Born and raised in the small East Texas town of San Augustine, Texas, he comes from a family of ten siblings. Being the first of his family to graduate from San Augustine High School, he was also nominated as the “Most Talented Student” by his peers. Upon his graduation, he was also the first in his family to attend college at Texas State Technical College in Waco, Texas, where he received a Certificate Of Completion in Building Construction and Bricklaying. Upon his completion of college, he moved to Killeen, Texas in 1986. In January 1995, he recommitted his life to God and began his spiritual journey of becoming the person God called him to be. He served faithfully in various ministries throughout the nation and the Central Texas area for many years. In January 2000, he answered and accepted his calling from God to preach and teach the Gospel. It was during preaching and teaching that the Spirit of God moved upon his heart to become a writer. In August 2007, he embarked upon the journey of writing his first book “Integrity Does Matter™.” After ten years of diligent work, committed sacrifice, and much concerted effort, he completed the writing and release of his book in March 2017 with Xulon Press, which is a subsidiary of Salem Publications and one of the largest Christian publishing companies in the world. Since its release, he and his team travels extensively and utilizes every platform available, through book signings, radio station interviews, and other venues to share the message of the importance of integrity. Having embraced his journey as an assignment, he is committed to his commission of “Taking The Message Of Integrity To The Nation One Person At A Time.” He is also an entrepreneur, teacher, minister, mentor, and diligent student of the Word of God. During his tenure of over 19 years in leadership and ministry, he has facilitated numerous teachings, courses, and seminars on a diversity of subjects, such as selfless servitude, effective spiritual leadership, spiritual integrity, and passionately pursuing your God ordained purpose. His greatest passion and joy comes from seeking the plan and purpose of God for his life and helping others to discover theirs. He is a Licensed Elder at Bethesda Fellowship Ministries in Copperas Cove, Texas, where he serves under the leadership of his Senior Pastor and Presiding Bishop (Dr). R. Ray Gatewood and Elect Lady Kim Gatewood. Henry received his Eldership under Concord Fellowship Of Churches International in Copperas Cove, Texas. He is a graduate of Sonship School Of The Firstborn in Killeen, TX and Bethesda Theological Seminary Institute In Copperas Cove, Texas where he received his Diploma for Pastoral Education. He also received his Life Coach Certification, Mindfulness Certification, and Psychology Certification from New Skills Academy USA. Henry believes that his life’s purpose derives from these two principles: “Serving God And Serving Humanity”. He resides in Killeen, Texas, is married to his lovely wife Grace, and they have three children and seven grandchildren.