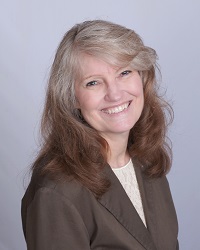 Kathryn Ann Thomas loves to read. And write. Plot. Research. Edit. For fun! She has had magazine and news articles published, as well as short stories.

Her short story Truth or Trout was published in the anthology All My Bad Habits I Learned from Grandpa (Laurel Seiler Brunvoll 2007).

A Competent Toastmaster, she won nine out of ten speeches. She also led a writing group for eight years—The Rowlett Writer’s Workshop. They published an anthology, Quills and Crossroads, in 2010.

Her novels Eden’s Gate Beginnings and Eden’s Gate Land Between the Rivers present the love story of Adam and Eve and their disastrous end in a garden. Two of their sons are spoken of in the same breath—murderer and victim. Adam and Eve. Cain and Abel. But none of this happened in a vacuum, or overnight.

There is a world of history between the pages of Genesis 1 to 5. Eden’s Gate Beginnings takes you from the Garden in Eden to the sequel Eden’s Gate Land Between the Rivers. In these two novels is the story of how it all transpired, fictionally, of course. This is how it possibly came about “in the beginning.”

The Blondelle Arms Mystery is a cold case mystery that centers around the November 22, 1963 death of Sharon Pettigrew in Dallas, Texas. It is her misfortune to be killed shortly after President John F. Kennedy’s assassination, and her murder is eventually deposited into the ranks of the unsolved. In 2005, Nora Platt takes a forensics’ class her first year in community college. She risks everything, including her own life, to solve her grandmother’s extremely cold case.

Kathryn Ann Thomas married her high school sweetheart in 1978, and together they raised a family in the Dallas Metroplex. Mysteries are her favorite reads.

While she admits to secretly correcting everyone’s grammar, spelling, and punctuation, and has written emails to websites lacking perfection in that arena, she accepts that everyone is fully within their write right to correct her arithmetic.