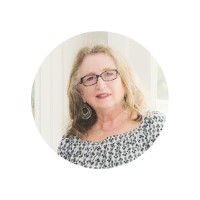 Sandra Fox Murphy is originally from Glasgow, Delaware, but grew up a "military brat." She was inspired to write while studying the beatnik poets at Indian Valley College in California, and she’s a graduate of The University of Texas at Austin. She stepped up her writing after retiring from the U. S. Geological Survey in 2009, when she started writing poetry and short stories with her writing club in Round Rock, Texas. A Thousand Stars is her first novel, inspired by the story of Ann Hill, events that intrigued this author. A Thousand Stars is historical fiction set in Rhode Island during the seventeenth century. Her second novel, That Beautiful Season, takes place after the Civil War on Maryland's eastern shore.

Currently, Sandy is working on a trilogy set in mid-nineteenth century—the story of Fidelia McCord inspired by a young Texas pioneer. The third novel of the Fidelia McCord Series will be released in 2020. Sandy also writes poetry, and her collection titled Aging Without Grace was published in July 2019.

You can find more about Sandy’s novels, as well as her poetry and short stories, at her website, www.sandrafoxmurphy.com or follow her on Facebook at www.facebook.com/sandrafoxmurphy.indie/