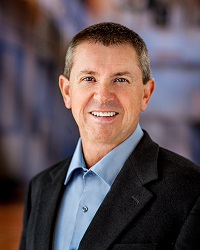 Sloane McQuiston is the "nom de plume" for Scott Sloan. It is a tribute to his mother and father who he credits for his sense of humor and his writing skills.

Sloane is the author of two books in the Nigel Manning series:

He is currently working on book three in this series as well as developing a new series entitled “The Risk Manager.” Sloane still works as a Risk Manager and Loss Control Consultant and hopes to transition into writing full time when he retires.

Sloane lives with his wife of 32 years in Rowlett Texas. He is a native Okie who grew up in Mustang Oklahoma as did his wife, Brenda. They moved to Texas when their oldest son was just two years old and have lived in several cities throughout the state. They love Texas and consider themselves Texans. They have two wonderful grown children. They also have a beloved Pembroke Welsh Corgi named Ranger.

Sloane is a Safety Professional and Risk Manager who has enjoyed a 28-year career in commercial insurance where he helps his clients on issues related to risk management and safety. He holds a B.S. degree in Industrial Safety from the University of Central Oklahoma, an M.S. degree in Business and Human Relations from Amberton University in Garland TX and an M.P.H. in Environmental Health and Safety from Texas A&M School of Public Health. Additionally, he holds four professional certifications; ARM (Associate in Risk Management), CRM (Certified Risk Manager), CSHM (Certified Safety and Health Manager), and CSP (Certified Safety Professional).

Sloane also enjoys public speaking and has been a featured speaker at local, regional and national events. If you would like to book Sloane for a speaking engagement, please contact him through his website, www.sloanemcquiston.com.

Along with a love of writing, Sloane enjoys motorcycles and has ridden his bike to every state in the Union except Hawaii and Alaska. Both Sloane and Brenda enjoy travel and Sloane has visited every state in the U.S. along with nine other countries. They also love riding around in their convertible, with the top down of course.