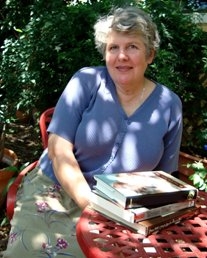 Celia Hayes is a retired military career NCO who writes extensively about the American frontier. She earned a degree in English Literature before an un-slaked taste for adventure and foreign travel led her to enlist in the United States Air Force. She trained as a radio and television broadcast specialist, and served for twenty years in places as various as Greece, Spain, Japan, Korea, Greenland and Ogden, Utah, and in a wide assortment of duties and pleasures which included midnight alt-rock DJ, TV news anchor, video-production librarian, radio and television writer and producer, production manager, tour guide and driving a bright orange Volvo sedan from Athens to Zaragoza, Spain, accompanied only by a small and cranky child. She retired from the military at the exalted rank of Tech-Sergeant (E-6) and began to work in office administration and sales at various San Antonio corporations and small businesses. She is currently the owner of San Antonio’s Watercress Press.