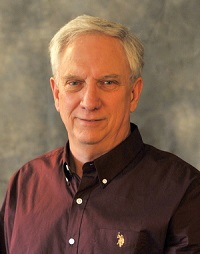 Michael Alsup was born in March of nineteen fifty-four in Torrance California. My parents decided to move to Houston just a few months after I came into the picture. Attending kindergarten and first grade there, my father's job was playing out. Our family packed up again and moved to Las Vegas Nevada. We had the first skateboards to be seen there. This trend started in California and was moving eastward. After attending second through fourth grade here, my parents decided to move to Dallas Texas. My brother and I introduced the neighborhood kids to skateboards. They didn’t know what we were doing riding a piece of plywood with roller skate wheels attached. My parents once again wanted to move back to Houston. Finishing the twelfth grade at Madison High School in nineteen seventy-three I attend Texas State Technical Institute in Waco Texas. After finishing a two program on Aircraft maintenance, I was offered a job with Bell & Howell working in the micrographics division and was assigned to work in Beaumont Texas. This lasted for twenty-one years until our division was bought out by Eastman Kodak. Doing the same job, my career lasted for another twelve years. Kodak decided to shut down this part of its operation.

Photography became my passion. I became the President of a local camera club for seven years and inspired our club to hold a Photography conference. The only one to be held in our city. With a lot of time on my hands, my wife and I left on a vacation to visit the Philippines. This was an eye-opener for me to see what it is like to be in another part of the world. Watching the people go about their everyday lives was fascinating. Returning home, a Catholic priest saw some of the images I photographed, which led me to the inspiration of writing.