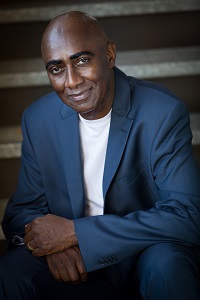 Command Sergeant Major Terry L. Braddock (US Army, retired) grew up on the South Side of Chicago during the turbulent and challenging civil rights years. Parents and grandparents instilled in him strong family values and gave him the strength, will, and love to persevere. Having but not knowing what a mentor was at an early age provided the foundation for the path he was to follow.

Selfless service was always his calling, which led him to enlist in the military and enabled him to serve for thirty-seven-plus years and fulfill the greatest words he had ever heard spoken—those by our thirty-fifth president, John F. Kennedy: “Ask not what your country can do for you; ask what you can do for your country.” His most cherished military award received was the Army Distinguished Service Medal, normally reserved for general officers. It is given for exceptionally meritorious service, when positions of great significance are held.

Life after military is working as the Military Liaison and Director of Sales for the San Antonio Lighthouse for the Blind, where he continues giving back. His accomplishment to write and self-publish his memoir, “The Stump,” has earned him top publishing awards from Benjamin Franklin, IPPY, and New Generation. He was selected as an award-winner to speak at the annual New York City Book Expo, in Manhattan, where he paid tribute to the words he has held close to his heart all his life, "Let no one tell you 'No', or 'You Can't.'”

He currently resides in Boerne, TX, and is married to his best friend, wife, and soul mate, Kathleen.