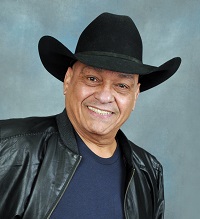 Victor Manuel Alvarez was born in Puerto Rico and moved with his older brother and his mother to New York City when he was nine years old. While living in the Big Apple he decided to join the New York City Police Department, but as fortune would have it, he was ultimately drafted into the US Army.

He completed his boot camp training at Fort Dix, New Jersey. Then it was airborne training, ranger, military police schools and later jungle warfare school in the Republic of Panama. His military awards range from Jump Wings, Vietnam Cross of Gallantry, awards of the Purple Heart, Air Medal, and Army Commendation Medal, among other numerous awards.

Alvarez attended the University of Maryland while on active duty studying criminal justice, with a minor in law enforcement. He served as an army criminal investigator (CID agent). While serving two tours in Vietnam he saw combat, sustaining wounds to his right hand and right knee. Serving in Japan, he studied Shotokan Karate obtaining the coveted rank of Godan or fifth- degree black belt.

He is classified as an expert in small arms and combat knife fighting, and he obtained the classification as sharpshooter with army assault weapons, and holds a Japanese Renshi (instructor) license, under the (Dai Nippon Butoku Kai), in classical Japanese weapons.

After retiring from the US Army, with twenty-one years of service, he applied for and received his private investigator’s credentials in the state of Arizona and became an Arizona bounty hunter.